The penultimate part of our MLR club selection.

City
So, whilst 12 miles of M4 is too far for some rugby fans to travel to watch their region, being an MLR fan in Britain means clocking up some serious air miles to watch a game. That means the trip needs more than 80 minutes of rugby.

Salt Lake City, Utah
Almost treble the national average of violent crimes is bad enough, but when that nation is America, it's even worse. Worse still... MORMONS!

Glendale, Colorado
The entertainment and night life centre of Houston... in the 70s. Hopes of restoration seemingly revolve around a strip club called Shotgun Willie's which holds "White Trash Parties."

Houston, Texas
"Houston hums with an energy and independent spirit all its own"... it's also ridiculously humid, has an higher than average unemployment rate and... 23 children were killed by firearms in 2018.

Austin, Texas
A city built on music and food with over 250 live music venues, sounds brilliant. However, it's stupidly hot, crammed with hipsters and it's still in Texas.

Seattle, Washington
A modern city surrounded by the beauty of great lakes and snow capped mountains. But, which is unfortunately doused in rain and filled with yuppies.

New York, New York
The city that doesn't sleep, if you can make it there... etc etc. One of the most famous cities on earth with plenty to do and see and where everyone should visit at least once. It would be number one... if it wasn't for the rats and the smell and Trump.

Toronto, Ontario
Like New York, but clean and friendly.

Stadia
The spiritual homes of the teams, ranked from worst to best. 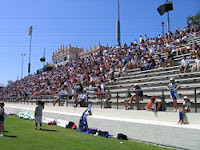 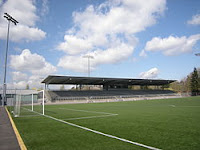 ... And that leaves just two more categories to go before we have out final four in out hunt for an MLR team.