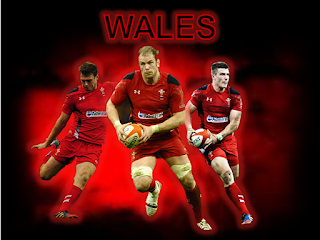 Last year
Lies, damn lies and statistics for Wales. On paper 2016 was a largely decent year, in reality it was a year of discontent. Second in the Six Nations, three wins from four in autumn and competitive in their tests against the All Blacks; Welsh fans used to long for such years. However, performances were mediocre at best and flair all bar non-existent.


Coach
With Warren Gatland again away on Lions duty, Rob Howley steps into the breach. Coach of Wales is often a thankless job and Howley is already not everyone’s first choice (or second, third or fourth for that matter), despite being in charge when Wales last lifted the title. The Welsh public feel that Wales have stagnated and they have a good point. If Howley wants to win over the public and secure the role in the future, now isn’t the time to play safe. His selection of 7 uncapped players and a new captain suggests he may throw caution to the wind…and so he should.

Captain
Under Gatland, Sam Warburton has proven to be a fantastic captain for both Wales and the Lions, however, questions still hang over his head with regards to that starting spot. Wales have a ready-made replacement in talismanic second row Alun Wyn Jones though. Jones already has two test wins as captain for Wales and series clincher for the Lions and is likely Wales’ mostly likely player to be starting in New Zealand this summer.


Star player
It's fair to say Scott Williams has been patient in waiting for international opportunities, but his chance must be now. His form has been exceptional for the Scarlets and he's already written himself into Welsh rugby folklore with his try at Twickenham in 2012.

One to watch
There are seven uncapped players in the squad, but game time will be limited for them. Sam Davies will likely play understudy to Ospreys teammate Dan Biggar, but he will make for a fantastic impact player from the bench and could be the secret to Wales getting their rugby flowing again.

Strengths
The Welsh back row is particularly strong and the debate for openside is the new Barry or Benny for your Wales XV.

Weaknesses
There's little depth at centre and neither Jamie Roberts or Jonathan Davies are forcing themselves into a starting spot. Creativity has been hard to come by too and Wales will need to find their mojo as the game evolves more towards attacking prowess.

Prediction
Wales certainly have issues, but reports of their demise may be greatly exaggerated. Howley has chance to freshen up the squad and seven uncapped and Alex King as attack coach may just do that. Wales will relish being underdogs in Cardiff against England and it could make for an interesting encounter.