When the two nations either side of Offah's Dyke clash it surely stirs plenty of emotions and even more speculation. Everyone has their own opinions on just how it will go, although the margins between the two are fine.

So, where will the game be won and lost? Here's our view;

Bench v Bench
It is usually the finest of margins that settle these games and often it's the team that finishes strongest, rather than the one who starts bright, who wins. With that in mind, the benches are invaluable. The backs on England's bench are probably stronger than those of their neighbours. Wales, arguably, have better forwards at their disposal though. There are plenty of chances for heroics among the replacements and who ever utilises their bench best might just win it.

Dan Cole v Rob Evans
Eddie Jones couldn't help but stoke the fire surrounding the scrum and the battle between these two could be huge. Plenty of the talk will be of Joe Marler v Samson Lee on the other side of the scrum, but new boy Evans is settling in well and Cole's perceived strength is questionable. How both respond is of the upmost importance.

George Kruis v Alun Wyn Jones
A battle in the boiler house between men with incredible work rates. Excellent line out jumpers, solid breakdown operators and masters of huge tackles; huge in both impact and quantity. Alun Wyn has become a totem for Wales, whilst Kruis' future looks just about as promising.

Billy Vunipola v Talupe Faletau
The unstoppable force; the immovable object. It's a sporting cliche, but it's fitting to say the least. School friends choosing different allegiances nationally, they collide again at Twickenham. Vunipola is big running, ball carrier with a playing style similar to the boulder in Indiana Jones. Faletau's defence is much stronger than that of his cousin and, whilst his style isn't as blunt, he is an effective ball carrier. Vunipola is one of the stars of the tournament so far, but Faletau remains one of the best - if not the best - number 8s in the world.

Jonathan Joseph v Jonathan Davies
The battle of the two Jonathan's at 13. Joseph is the Six Nations' in form centre. The Bath man has 4 tries to his name, has made 288 metres and completed 45 tackles, he also bagged a try in the reverse fixture last year. Davies meanwhile is perhaps one of the most underrated players in the game. A man whose easy running style belies his pace and who leads the line defensively. Famously picked ahead of Brian O'Driscoll for what would have been BOD's last Lions test, it shows highly the coaches rate him...and with good reason.

Mike Brown v Liam Williams
Two fiery fullbacks with a penchant for attack. Born winners with a natural aggression, expect neither to take a step backwards in a personal or team battle. Both players eat up the ground with ball in hand and are tough in defence.

Eddie Jones v Warren Gatland
Jones delivered on his promise of a self enforced media blackout for a couple of weeks, but came back with a bang. Little doubt his comments regarding the Welsh scrum were for Craig Joubert to consider before kick off. Gatland has been a little quieter. No grenades thrown from the Waikato man. Now both will put their money where their mouth is; England v Wales, Aussie v Kiwi, bring it on.

Small margins could decide the game and whoever wins the set piece will take a massive step towards winning the game.

As per always this time of year, I spent one morning this week sat at a computer screen, smartphone in hand, awaiting the announcement of the teams for the weekend's Six Nations. Switching between social media and news outlets the web when the Wales team came through. "Unchanged" most of the headlines called. However, that isn't exactly the case. The story was the same on Thursday when England announced their team, but again it wasn't true.

Sure it may be the same players filling jerseys one to fifteen, but it is perhaps the changes on the bench that will have the biggest impact.

With a few exceptions, battles between these greatest of rivals have be close and tense affairs; often it hasn't been until late that the match has been settled. Even in Wales' historic victory in 2013, only two penalties separated the teams at the interval.

In fact, it is often the team that start slowly that leave as victors. In last year's tournament, England trailed by 10 points before surging back to claim victory. 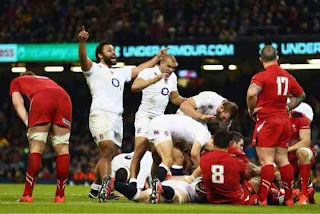 Warren Gatland's tenure started in the same fashion. Trailing England by 10 points at half time, Wales romped to their first win at Twickers since 1988 and spared us from the BBC's annual airing of Adrian Hadley's try. Wales had made four changes by the time the fight back from 19-9 down began that afternoon in 2008.

Substitutes have had an even more direct impacts for Wales too. Lloyd Williams' incredible cameo on the wing at the World Cup will live long in the memories of Welsh fans and haunt English ones for some time. On that occasion England's substitutions reeked havoc with their own shape and style. Meanwhile, Lloyd's namesake Scott Williams made his name at international level with his rip and try at Twickenham in 2012 after coming off the bench that day.
England have already shown in this tournament at they have the ability to influence the game from the bench. An average performance against Italy transformed into a spectacular one with the introduction of Danny Care and Maro Itoje. Itoje starts the game after impressive performances since that Italian game, but Care will sit there again and await his opportunity; the scrum half has had some impressive performances against Wales in the past.

Wales too have an influential scrum half to call upon thanks to a change to their squad. Rhys Webb returns to the fold for the first time since his injury in the World Cup warm-ups and he has shown no signs of decline for his region. Before his injury, Webb was first choice and in form and - though Lloyd Williams will become a cult hero for his part at the World Cup - Welshmen will feel better to see his name in the match day programme. 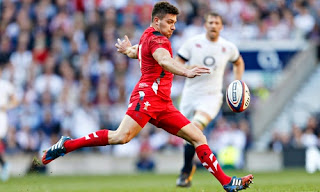 England, however, have an impact sub of their own returning to the fold. Injuries and police incidents have blighted Manu Tuilagi's recent record, but expect him to take no prisoners this weekend. His bulldozing runs could punch holes into a tired red defence even better than he did into Chris Ashton.

There are few other changes to the substitutes who are more than capable of having their say on the game too. Luke Charteris in red and Joe Launchbury in white will want their say in proceedings as they return to as replacement locks with the rolling maul sure to feature; while Keiran Brookes, Luke Cowan-Dickie and Paul James move in as front row cover in a game already shroud by controversy at the scrum.

So, whilst both the starting XV may remain the same, there are plenty of changes and it's those men that may have the biggest influence - good or bad - of all.