Not just one of my favourite rugby books of all time, but one of my favourite novels full stop. Engage tells the story of Matt Hampson; the English prop who was left paralysed after dislocating his neck whilst training with England Under 21s.
Written by Paul Kimmage - in collaboration with Hampson himself – Engage has gut wrenching honesty and pitch black humour that typifies rugby. The view into Hampson’s life after the accident is unflinching and direct but always laced with an undercurrent of wit.
Hampson’s courage is awe inspiring as he learns not just to live with his catastrophic injuries, but to thrive with them. Engage is a full white knuckle ride of emotions that may induce tears in even the toughest front rowers.
Engage: The Rise and Fall of Matt Hampson by Paul Kimmage is available here;
http://www.amazon.co.uk/Engage-Fall-Hampson-Kimmage-Paperback/dp/B00LLOND9O/ref=pd_sim_sbs_b_2?ie=UTF8&refRID=0SWVQDVSJAG1KMBP3H41

This Is What We Are – Jack Fenwick 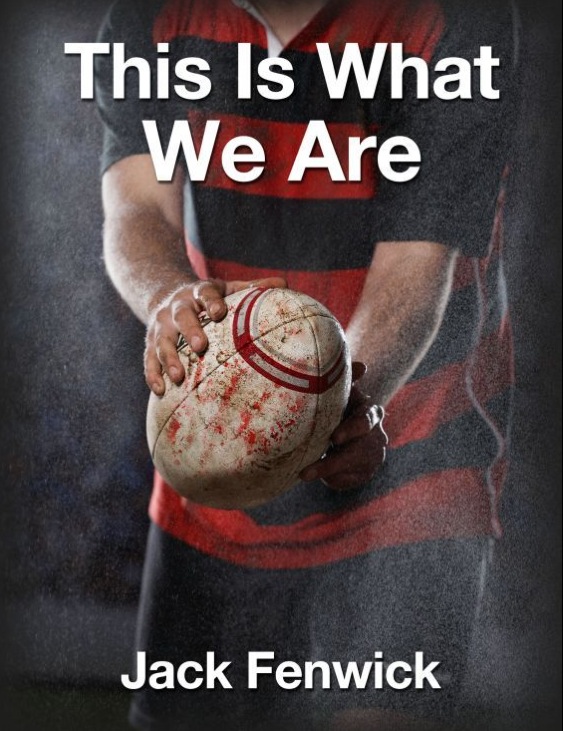 In a sporting world where teams have become “products” and fans have become “consumers,” Jack Fenwick strips back corporate coverings from our game to gaze at the unrelenting passion and pride that fans hold.
We follow Fenwick through in restructuring of Italian rugby in 2010. From the dizzying highs of European victory Fenwick’s team - Parma - find themselves lost in reformation of the game. Parma becomes part of the new ‘Aironi’ franchise, but also make up half of the new ‘Crociati’ team alongside their biggest rivals ‘Noceto.’ Then Parma reform as an amateur team in the lower echelons of Italian rugby.
This is a voyage through emotions as Fenwick, his wife and their friends attempt to revive their sporting passions with pale imitations of their first love.
It’s a must for any sporting fan and particularly those Welsh rugby fans who have been disenfranchised with regional rugby.
Read the full Ruck ‘n’ Roll review here;
http://www.rucknroll.co.uk/2013/05/book-review-this-is-what-we-are-by-jack.html
This Is What We Are by Jack Fenwick is available here; http://thisiswhatweare.com/thisiswhatweare/Home.html
Proud – Gareth Thomas

‘Alfie,’ the first Gareth Thomas biography, was surprisingly candid on a number of issues throughout the Welsh legends career and life. Although Thomas hadn’t come out when Delme Parfitt’s book on the former Welsh captain hit the shelves, Alfie’s sexuality was the worst kept secret in Welsh rugby.
‘Proud’ sets the record straight. It grips you at the very first paragraph; opening on a suicide bid from the man many believed to be the happy, funny man of Wales. 'Proud' pulls no punches; this is the man laid bare. From sexuality to THAT Scrum V appearance.
However, despite it’s heavy subject and serious issues, 'Proud' doesn’t leave you feeling low. Thomas’ courage and determination seeps from the pages and are almost infectious.
Proud: My Autobiography by Gareth Thomas is available here;
http://www.amazon.co.uk/Proud-My-Autobiography-Gareth-Thomas/dp/0091958334