Throughout December and January, Welsh rugby legend Gareth Thomas will be starring as Dandini in the pantomime ‘Cinderella’ at the New Theatre in Cardiff. The show is great fun for families looking to spend some time together over the Christmas period.

Meanwhile, over the three coming weekends at the Millennium Stadium, the Autumn Internationals continue. Fiji, the All Blacks and the Springboks still await Wales in what should be a tense, exciting and hopeful time for rugby fans.

Now you are aware of both, please chose which you would like to attend and adjust your attitude accordingly. Just as I’m sure the cast at the New Theatre would not be happy if the audience spontaneously burst into a few verses of Calon Lan mid performance; jeering players like the appearance of a panto villain should not be tolerated in the stadium.

On Saturday Welsh fans first booed the Australian kicker Bernard Foley, out of frustration at referee Craig Joubert and his seemingly eternal advantage than anything else. It by no means exonerates their actions, but it’s not quite a hanging offence. They are unfortunately not the first; they certainly won’t be the last.

What followed was far worse. With Dan Biggar injured, Scarlets outside half Rhys Priestland took to the field to audible condemnation from the ‘fans.’ It was very much a minority that took part in the brainless booing of their own player, but any is too many. Priestland’s only crime to incite such a reaction is a few below average test matches.

Priestland, we are continually told, is a confidence player. He thrives on confidence peaks, but struggles with the troughs. For Wales he is trying to regain that form which saw him steer Wales to the World Cup semi final, but it’s hard playing with a monkey on your back; it’s harder when there a handful of people on there behaving like primates. 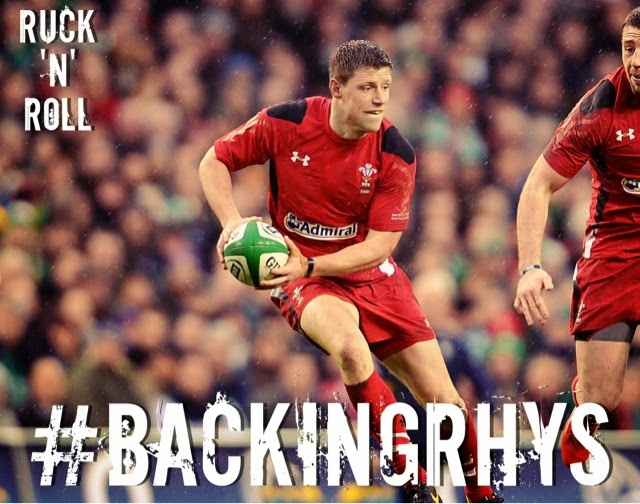 However, the behaviour exhibited in Cardiff was nothing compared to that documented in Twickenham. Whilst the booing of the kicker was also evident and some fans booed the Haka, there was an all together more unsavoury moment that was brought to people’s attention.

Rugby is a game built on respect. Few sports can claim the same levels respect afforded to officials, players and all connected to the game. Lately, there have been increasing signs of erosion in this ideal and this incident at Twickenham is far beyond anything acceptable.

Various theories have been thrown around as to why occurrences have begun to seep into a game that was once proudly free of them. Some say it’s the accessibility the game no has, whilst others suggest it’s the promise of the impending World Cup enticing new, uninitiated fans. Whatever the reason, the unions must do all they can to prevent this culture bedding in to rugby and keep the spirit of the game alive.

Rugby is a game for all. Traditionally that means people of all builds and abilities, but now we must take that one step further. Modern rugby is a game for people of all races, nationalities, backgrounds, genders and sexualities. All should be allow to play it, officiate or observe without being booed and jeered be imbeciles. Time again for everyone to start showing little respect.