For too long Celtic League rugby has been on a downward spiral. The Pro 12 has been an inferior product when compared to both the Aviva Premiership and the Top 14. Clubs perceived lack of commitment to the league has seen its stock fall faster than shares in an Israeli arm of Danepak.However, this season, that is due to change. For all twelve clubs involved, European places are precious and now they are limited. In previous seasons, ten of the twelve Celtic League teams took Heineken Cup spots. All Italian and Scottish teams were guaranteed their places, even if they finished bottom. Now those places are reduced to seven and each union is only guaranteed one team in European rugby's top tier, the new Champions Cup.

That means resting players before a European fixture could have far reaching consequences; dropped points could be the difference between rubbing shoulders with Europe's finest or slugging it out with the increasingly competitive teams of Georgia and Romania. It's not just the structure that has changed either. With the new setup comes an all new look to the league. Gone is the gaudy orange and blue of Rabo Direct, a company that meant little to people outside of Ireland. In its place comes the sleek black and white of iconic drinks giant Guinness. Guinness is a global brand with a history of marketing rugby.

Add to the equation a deal with Sky Sports - that will see 33 live games a season alongside those already screened by the BBC and S4C - and the league suddenly starts attracting the attention it deserves.
Love them or hate them, it's difficult to argue with Sky's track record. The part they played in turning Premiership football into a world player is not to be underestimated, though it would be foolish to believe their influence on the Pro 12 will be as big. Comparisons could be drawn to the effect they have had on rugby league and darts. A one time small market, often with stigmas attached, Sky have turned these sports into avid viewing with a sprinkle of glitz and glamour. Sky Sports may be a broadcaster, but it runs a pretty good side line in hype and that is exactly what the Pro 12 needs.

It also opens up the market to those outside. Anyone wanting to find a Pro 12 game outside their region would often need to go on a hunt to find it and usually track it down in the back end of channels on your digital box (somewhere between radio stations and gyrating women with a telephone and few clothes). Sometimes the options presented were watching on S4C or BBC Alba in Welsh or Gaelic; wholly necessary, but hardly ideal for capturing a wider audience in a prime Saturday spot.
A deal with Murdoch's media behemoth opens doors outside of the insular world of Celtic rugby and throws in a spin doctor and marketing guru for free. Plus, who could fail to be enthused by the game with Scott Quinnell at pitch side? Never has a pundit sounded so truly passionate about rugby since the sad passing of Ray Gravell. The Pro 12 still needs to work hard to catch up with it's English and French cousins and may never be on equal terms financially, but it's getting better all the time.

The Beatles - Getting Better
No comments: 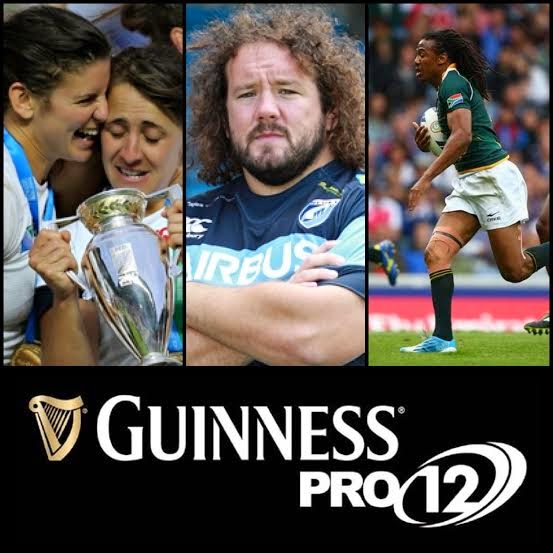 Other than that, it's been pretty quiet really.

Björk - It's Oh So Quiet
No comments: