So, there we have it. With the cutlery in the canteen being the only silverware the regions will get close to this season the WRU have announced a 'Probables v Possibles' match will take place ahead of their summer tour to South Africa.

On May 30th two teams of will battle it out for Welsh jerseys in front of a crowd under the floodlights of the Liberty Stadium. In incestuous war within the Welsh rugby family.

Any doubter's calls of "money spinner" has been mooted with £5 adult tickets, £1 for under 16s and all proceeds going to the Welsh Rugby Charitable Trust. All that's left is for Howley and McBryde to name their squads on Tuesday. So, before they do here is a XV of possibles with less than 10 caps to their name who should be considered. 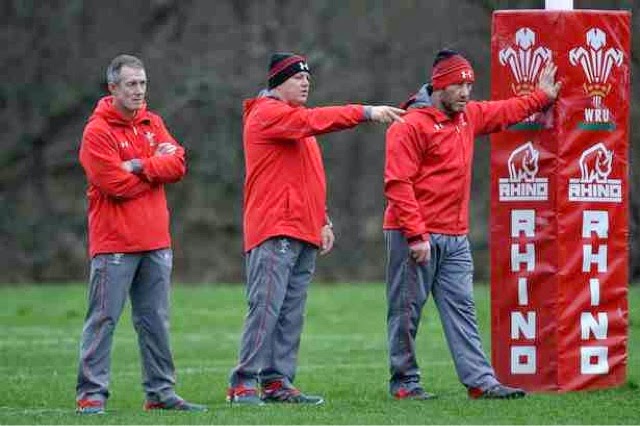 Probable: Liam Williams
Possible: Sam Davies (Caps: 0)
Last year's Juniors player of the season, Davies is starting to prove himself at senior with some fine displays for the Ospreys beating Bristol bound Matt Morgan in a competition for a fullback birth.
One contender for a starting spot for the Probables will be his soon to be team mate Dan Evans who, much like the current region The Dragons, started the season in form fine. The man who will take his Dragons spot next, Lee Byrne, still seems out of favour with the Welsh coaches.

Possible: Hallam Amos (Caps: 1)
Alex Cuthbert has grown into the 14 jersey for Wales and it would take an impressive performance to overhaul him as first choice right winger. Dragons youngster Amos would relish an opportunity to prove he is capable though. His try record is not as good as it could be, but he is a raw talent for sure.
At the Scarlets, Kristian Phillips I now holding down a regular starting place and already has international experience or Wales could choose to take a South African on your themselves though with Hanno Dirksen qualifying on residency grounds since moving to Wales from the Rainbow Nation via Nashville and Truro.

13
Probable: Jonathan Davies
Possible: Owen Williams (Caps: 4)
The first of two Owen Williams' pushing for a place. Whilst the former Scarlets outside half plying his trade at Leicester has been much lauded recently, the Blues outside centre has continued his work with little fanfare. Injured on international duty, Williams returned from injury in fine fettle.
Cases will be made for Hook, the try scoring Beck and a certain Mr Henson, but Williams deserves his shot.

12
Probable: Jamie Roberts (If available)
Possible: Cory Allen (Caps: 1)
With Scott Williams out injured, Allen's stock has continued to rise. Built from the same mould as Roberts, the man who replaced him at the Blues is not short of technical skill either and really showed his class at Judgement Day. A Ruck 'n' Roll pick at the beginning of the season, Allen is living up to his billing.

11
Probable: George North (If available)
Possible: Jordan Williams (Caps: 0)
Since his showing at the the Junior World Cup in France last year Williams as captured the imagination of Welsh rugby fans. His performances for the Scarlets have proved that he is more than capable of doing it at senior level and against Harlequins he showed his real quality and against top opponents that included the in form Mike Brown. Questions over his defence remains, but he is working hard to improve on what is definitely his weakness. 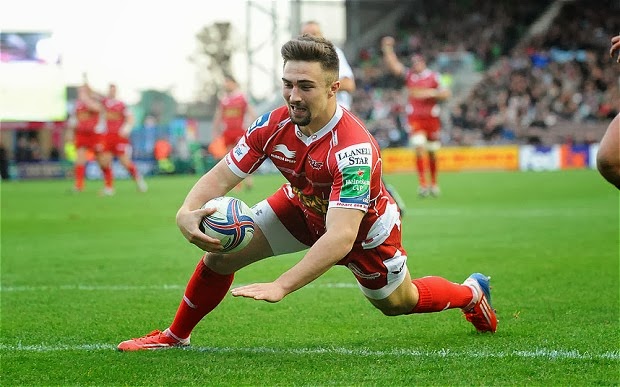 10
Probable: Dan Biggar
Possible: Owen Williams (Caps: 0) (If available)
Wales have struggled to find an in form 10 on the international scene. Preistland has been sporadic whilst Biggar can't nail down the jersey. Leicester's Owen Williams could be the answer. The former Ystradgynlais player as taken to his move to the Aviva from the Scarlets like a duck to water.

9
Probable: Mike Phillips (If available)
Possible: Gareth Davies (Caps: 0)
What a season Gareth Davies has had. Top try scorer in the Pro 12 and nominated for Players' Player of the Year, surely the next step is a Welsh cap. Strong, fast and with more than a hint of aggression Davies seems custom made for the hard turf and bully boy players of South Africa.

8
Probable: Toby Faletau
Possible: Dan Baker (Caps: 2)
Another player who has continued to rise in stature. Earned two caps in Wales' disastrous tour to Japan, but has really made a name for himself in Ospreys colours. Just one year on from the Junior World Cup Final, Baker has shown his maturity with impressive performances; Most notably out shining Jamie Heaslip against Leinster. Just what are they putting in the water at Ystradgynlais?

7
Probable: Ellis Jenkins
Possible: Sam Lewis (Caps: 0)
With Sam Warburton and Justin Tipuric both ruled out of the South Africa Tour, the openside position is wide open. Jenkins of the Blues and Ospreys Lewis have both impressed for their respective regions in the absence of Wales top two 7s. Faletau, Turnbull, Shingler and Lydiate have all been suggested in a switch to the role.

6
Probable: Dan Lydiate (If available)
Possible: Josh Navidi (Caps: 1)
Dan Lydiate looks a a certain starter for the summer with suggesting he may switch to openside having played there in the Top 14 where the flanking roles are somewhat less defined. That would leave blindside up for grabs with Aaron Shingler, Macauley Cook, Andrew Coombs, Josh Turnbull or Bristol bound Ryan Jones all ready and able. Gatland has suggested Bradley Davies move there to counter the bulk of the 'Boks backrow. Josh Navidi has finish the season on a high though and with high tackle count, breakdown nous and bags of stamina, the dreadlocked Blue may add to his solitary cap in one of the flanking positions. 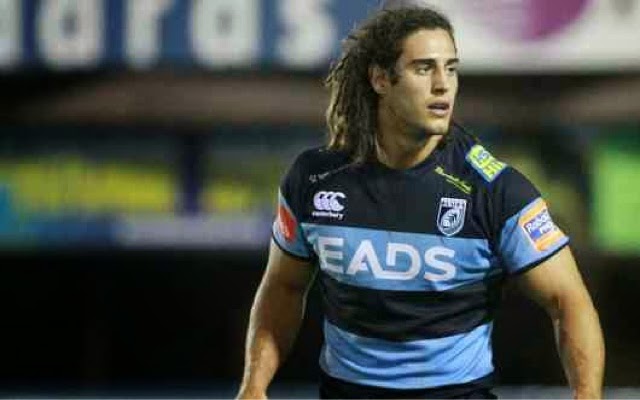 5
Probable: Luke Charteris
Possible: Aaron Shingler (Caps: 7)
Not traditionally a strong position for Wales, but there is an abundance of second rows available. Where gaps have been plugged in the past, Wales now have Charteris, Bradley Davies, Coombs, Ryan Jones and Ian Evans.
Usually operating in the backrow, Aaron Shingler is equal adept in the boiler house; a proficient jumper and strong ball, his wiry frame betrays his physical strength. If picked in the second row he would offer a lot at the breakdown against the South African backrow. Ian Evans return is more likely however.

4:
Probable: Alun Wyn Jones
Possible: Jake Ball (Caps: 0)
Considered by some the find of the Six Nations, regular region watchers will know Ball's form extends further. A good scrummager, excellent ball carrier and a wrecking ball at the breakdown; Ball would meet the giant South African forwards head on (even without his beard).

3
Probable: Adam Jones
Possible: Samson Lee (Caps: 3)
Not too long ago the thought of entering a game without Adam Jones would have been unthinkable. Now it's becoming closer to a reality. Fortunately, two young guns have come through at the right time.
The Welsh coaches prefer Rhodri Jones, but Samson Lee looks the part under the new scrummaging laws and some are scratching their heads as to how he has been overlooked.

2
Probable: Ken Owens
Possible: Kristian Dacey (Caps: 0)
With Richard Hibbard ruled out, Ken Owens is likely to step into the breach for Wales. Who will provide cover for the Scarlets hooker though. Matthew Rees' return from testicular cancer as been nothing short of spectacular and a Wales recall for the former Wales skipper would be phenomenal. At Sale, Marc Jones has put in some performances of note in the forward orientated Aviva, but Cardiff Blues' Kristian Dacey may get a shot after his try scoring exploits for the capitals region this season.

1
Probable: Gethin Jenkins
Possible: Phil John (Caps: 0)
Much was made of Gethin Jenkins' scrummaging during the Six Nations and the deafening call for Paul James to start fell on deaf ears. Gatland's call my have been justified as the man they call Melon put in an impressive display and has continued to do so in the colours of his region.
James remains firmly second choice, but will be wary of others nipping at his heels. At the Ospreys, Nicky Smith has seen out the season with much aplomb and Rob Evans is showing his class with help, no doubt, from the always overlooked Phil John. At 33, John looks unlikely to earn a first Welsh cap justifying his winning of the fans vote for  'Unsung Hero,' but he deserves it. 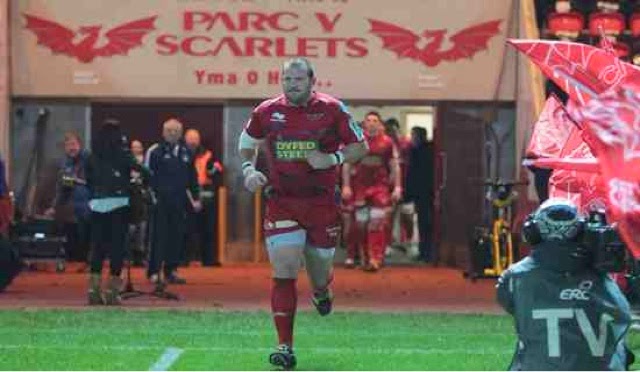 There we have it, a Welsh starting XV and XV players with less than 10 caps to give them a run for their money. An all Welsh international, brothers at war... A Family Affair.


Sly and the Family Stone - It's a Family Affair
No comments: