What a difference a year makes. 12 months ago Wales basked in the warm glow of a victory of monumental proportions, snatching the Six Nations title from the grasp of the old enemy with a display that took no prisoners.

On Sunday, even under the blazing sun of Twickenham, all connected with Welsh rugby were left feeling cold in the shadows of a far superior England. Such was England's dominance on Sunday, Wales should forget analysts and call in pathologists to further scrutinise the massacre.

The build up was stuffed full hyperbole from the respective media and plenty of talking from both camps. However, when the first whistle blew, England made it clear they were ready for action. 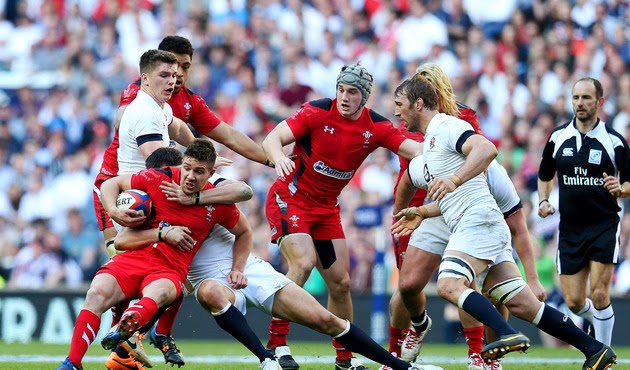 England immediately put Wales on the back foot with the kind of quick, ambitious and inventive play that the boys in red have lacked for too long. England were alive and alert while, on a much lamented Sunday fixture, Wales seemed to clinging to their day of rest.

As the game drew on it would become clear Wales had problems at half back, with a barely tried and completely untested partnership. There would be no such problems for England however. Owen Farrell looked the epitome of cool, perpetually calm and was helped no end by the man inside him.

It's no secret that Danny Care as suffered for his actions in the past, both on and off the field. The scrum half has relished the opportunity to once again prove himself on the international stage and is a contender for player of the tournament. 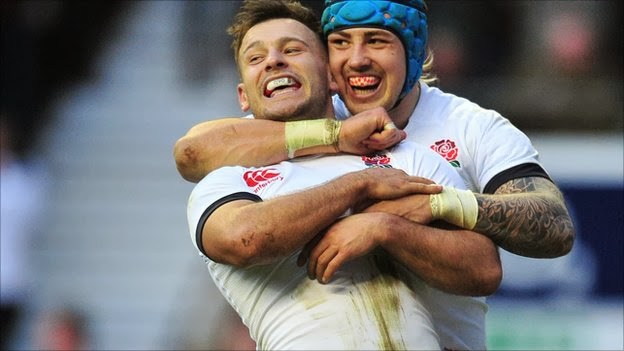 Care has been crucial in England's transformation from boring one trick ponies into a team with pace, style and attacking verve. A purveyor of heads up rugby, the Leeds born scrum half showed his class from the off. Care pressed and probed at the defence before clinically finishing a close range penalty with a quick tap, while the defence had switched off. England taking the lead thanks to the incisive Care, whilst Welsh title ambitions languish in intensive care.

If England's attack was the games silver lining, Welsh tactics was the cloud; a constant and predictable kicking display that sought make England run back to a Red Sea of defenders. It was a sea so easily parted by Mike Brown, he made Moses look a rank amateur.

The stats say that kick returns reap penalties, the stats don't account for Mike Brown who covered 156 metres with ball in hand. Still Wales plowed on with a faltering game plan that was starting to crumble. 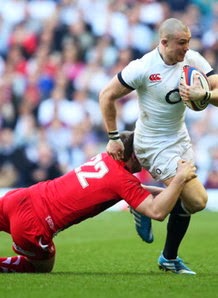 Even as Wales found themselves in promising positions they couldn't help but put boot to ball. George North squandered an overlap by chipping ahead as Dan Lydiate steamed up the outside like a diesel train. Jonathan Davies and Jamie Roberts would also waste chances just as precious by opting to use their laces when it called for hands, both occasions when the poor decisions were compounded by dreadful execution.

If either had wondered how it should be done, they need look no further than Billy Twelvetrees' master class. Alex Cuthbert shot out of the line and the Gloucester centre delicately eased the ball on to his foot and coaxed it through the gap to be pounced on by a galloping Luther Burrell.

Half time left many questions to be asked of Wales. What was the game plan? Why weren't they changing it? How could they motivate themselves? The biggest question, however, remained how the hell were they still in the game and only 5 points behind? 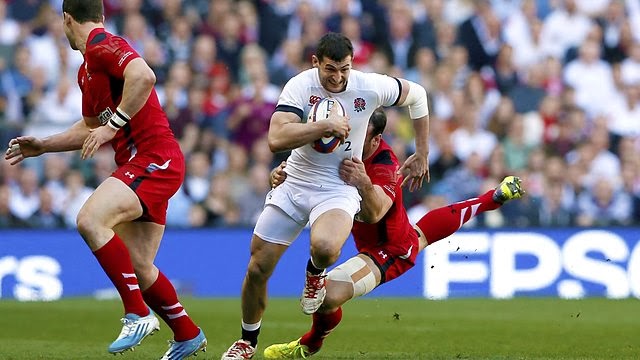 The answers in the second half came thick an fast as Wales showed their game plan still revolved around aimless kicks and they had no plans to change it. The only thing to function worse than their 'attack' was their scrum which England dismantled like Godzilla in Legoland until Romain Poite sent Gethin Jenkins to the stands not to return (by his own request).

England truly had come of age, boys turned to men, turned to warriors who promptly stormed Wales castle and shook it to it's very foundations. Ben Morgan barreled between and through defenders as Courtney Lawes delivered hits with the force of meteor impacts.

The game finished 29-18 and two tries to nil. As the old adage goes, Wales were lucky to get nil. The result flattered Wales who would have found themselves even further adrift were it not for the boot and bravery of Leigh Halfpenny, who again put his body on the line even though the cause was lost. 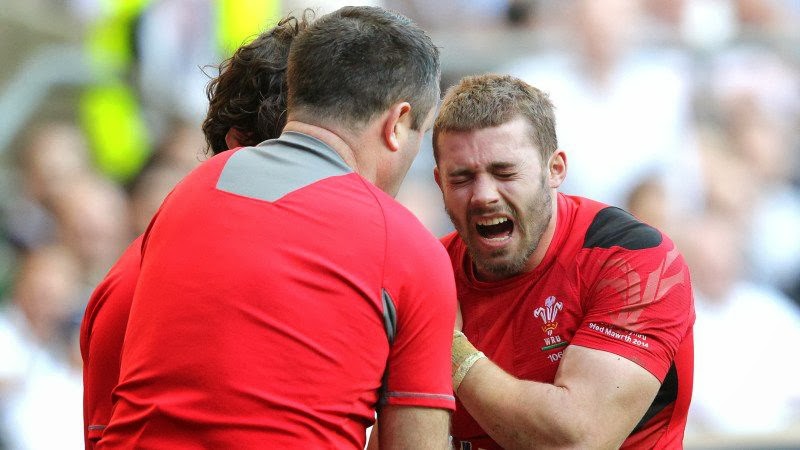 Many will talk of the 'Quins factor and the influence of Care, Robshaw and Brown was not so much stamped on the match as engraved to it's very core. The Glaws factor should not be underestimated though as Ben Morgan and Billy Twelvetrees were as important as almost anyone in white on Sunday. That said, almost any of the English players who took to the field can say they were impressive and better than their opposite number.

The next time these two meet at Twickenham will be at the World Cup and England will be grateful for the confidence boost this demolition will give them.

For Wales their whole game plan, the crudely named 'Warren Ball,' has been torn apart and, just as the regional game looks at it's most fragile, the seemingly unbreachable walls around the national team are beginning to crumble.
Babel - Mumford & Sons