As the dust starts to settle on 2013, we rewind the film and present some awards for the most important moments, players and teams of the year.

Team of the Year
Wales secured a second consecutive Six Nations crown and the Lions ended their losing streak with an emphatic victory in the third test against Australia, but 2013 was very much New Zealand's year. Undefeated for the whole year and boasting 14 wins from 14 tests, the All Blacks proved once again they are the world's best.

Second Tier Team of the Year
There were a few contenders for this award. Canada had a very good year culminating in victory over their biggest rivals (the USA Eagles) to seal their place in the 2015 Rugby World Cup as the first qualifiers. Meanwhile, Japan claimed their first Tier 1 scalp with a victory over Six Nations champions Wales.
It was Georgia though who again showed their quality by winning their fifth title in six years before ending the year with a win over the Top Ten ranked Samoa in Tbilsi.

Player of the Year
Kieran Read, who else? The brightest light in a team full of stars, Read was virtually untouchable among the undefeated All Blacks. Able to mix aggression and brute force with skill, technique and surprising pace; Read was outstanding in 2013. 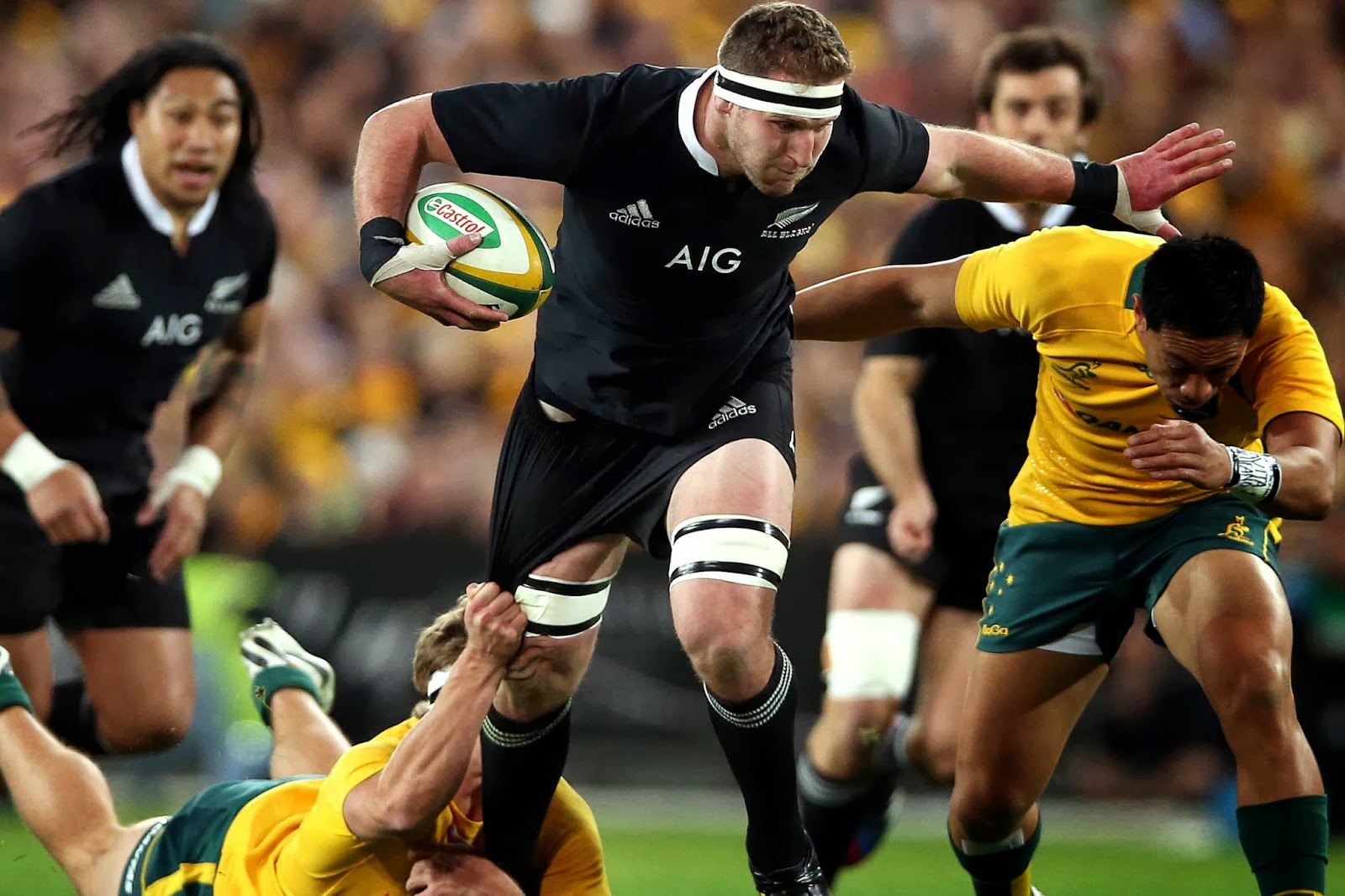 Rookie of the Year
Rugby League, Aussie Rules and now Rugby Union, it seems there is little Israel Folau can't do. Having already picked up union's angle of running better than most who have played the game for a whole career, Folau is a potent attacking threat and strong defensive weapon (when not being carried like a sack of spuds by George North). Folau's future in the 15 man code looks very bright indeed.

Match of the Year
There were some absolute humdingers this year, but none could live up to the Rugby Championship decider between New Zealand v South Africa. It was a game that had everything; Sin bins, TMOs, the return of Richie McCaw and a plethora of tries. Both teams were playing to win without forgetting the spirit of the game, a fast and open game ensued which few will ever equal.

Referee of the Year
Pontyberem's finest, Nigel Owens. A referee who is open, honest and empathetic. Owens talks to the players with authority, without being condescending and allows play to go on whenever possible. Even on the field he is quick witted and dry humoured and it's no coincidence that Owens refereed the two best games of the year. 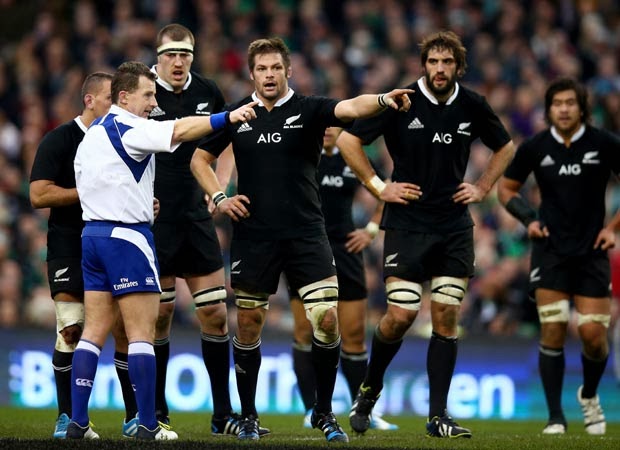 Rugby Programme of the Year
'Scrum V' is a Sunday must and S4C's 'Jonathan' simply isn't on our screens enough, but with it's relaxed nature, good humour and live demonstrations it's another programme with Sarra Elgan in that picks up the award. BT's Rugby Tonight is the programme of the year.

Tit of the Year
Danny Cipriani and the pic of the pair that where sent to him by sales manager Stacey Simcox while the Sale 10 was dating Kelly Brooke. Simcox sold the story and, in an ironic twist, Cips found himself being kicked into touch.

Twit of the Year
Being confident is great, betting a whole country £1 each that they would lose isn't so clever. That's exactly what Austin Healey did though before Wales ran riot against England to win the Six Nations. At the time of presenting these awards Healey still hasn't paid his debt. Still, it's not the worst thing he has ever done... 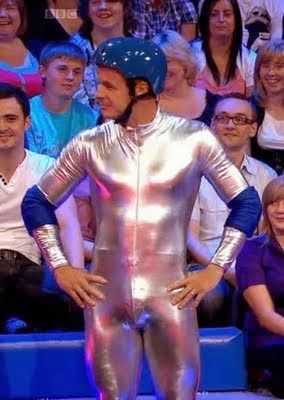 Twat of the Year
Richard Cockerill spent all of 2013 crowing. He complained at the start of the year and was still moaning as the year drew to a close, not put off by bans or fines handed down by the RFU. His grievances grew and culminated in rants that were not in the spirit of the game. For that reason, he is the Twat of the Year.

Tweeter of the Year
With his drinking games and photoshopped pictured, @WelshDalaiLama will taking some beating to get you in the mood for a match day. Namaste to you Dai.

Proud Parent of the Year
Jez Warburton's support for son Sam and his Welsh team has garnered him a fair number of Twitter followers. Leigh Halfpenny's mother Estelle flew halfway around the globe to console her son when his kick dropped short in the second Lions test.
However, Proud Parent of the Year goes to none other than Dave 'Papa' North for celebrating George's pivotal try against France in unusual fashion when emotion overtook him and Dave left the stands to celebrate with his son before being escorted off by French stewards. 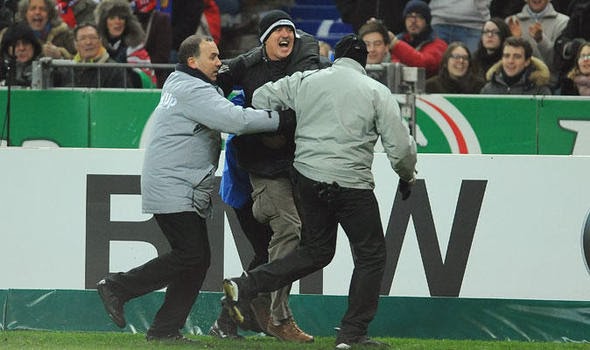 Fall from Grace of the Year
What a crazy year for James O'Connor. Promoted to Australia's first choice outside half by Robbie Deans, O'Connor wasted his last chance with an incident at Perth airport and was unceremoniously dropped from the squad and not offered a new contract by the Wallabies. O'Connor was forced to swap Australia's Gold Coast for Reading to try to rebuild is career at London Irish.

Rise to Prominence of the Year
When the year started Richard Hibbard couldn't force his way into the Wales starting lineup, finding himself behind Matthew Rees and Ken Owens. When the year drew to the close Hibbard was Wales and Lions first choice and a contender for team of the year. Hibbard's no nonsense style and thundering hits is building him a cult status and a reputation as a Welsh mainstay.

That's all for now. Find part two of the awards here.