A Change Is Gonna Scrum

In recent months the IRB and the scrum engagement process have taking more of a hammering than Danny Cipriani crossing a bus route. The scrum was becoming a terrible dirge on the game, instead of the technical centrepiece it was meant to be.

The issue came to a head in this year's Six Nations decider in Cardiff. Some of the England camp were unhappy with Steve Walsh's interpretation believing the New Zealander had it incorrect with his engagement sequence; crouch, touch, set, collapse, blow whistle loudly and check hair on big screen. 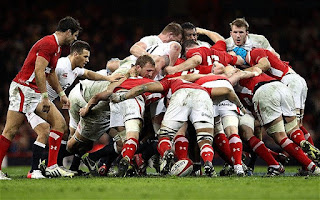 However, I believe Mr Walsh is merely suffering a backlash from jealous coaches due to his amazing good looks and flowing locks, often referred to as Samantha Brick Syndrome.


Pressure was put on the IRB to review the scrum, even more pressure than Adam Jones had put on Joe Marler that afternoon. Ex-England hooker and pitbull with a thesaurus Brian Moore encouraged fans feed back and presented a radio show investigating the set piece. Now the IRB have announced the new engagement sequence and, I must admit, it's pretty damn good. 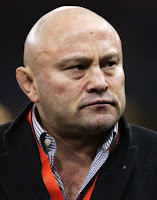 The new sequence has done one simple thing, it has put the bind before the engagement. This elementary move should make the scrum easier to police for officials by removing the split second decision of the bind and more chance to check other vital elements, like the feed.
The sequence also keeps the hit, which is meaningful, but removes the huge impact and emphasises the importance of scrummaging technique.

A change was always needed and I am a big fan of these new scrummaging rules if they are properly implemented and can't wait to see them in action.