Yesterday we had part one of the The R'n'R Rugby Awards 2011. We've grabbed a pint and been to the toilet so today we commence with the second half.
Jekyll and Hyde of Year - Australian outside half Quade Cooper. One minute it's like Phil Bennett the next it's "Gordon bleedin' Bennett". Cooper has the consistency of a Cup-a-Soup (Other mug contained food stuffs are available).

Star of the RWC - Forget Ritchie McCaw, David Pocock, Sam Warburton, George North or Richard Kahui. The stand out individual of RWC 2011 was Jonathan's roving reporter Rhian 'Madam Rygbi' Davies, "FACT!". Cheeky, witty and funny, 'Madam Rygbi' could have made the 2007 campaign seem joyous. Everyone would love to share a pint with "The Scream Machine" on a matchday, just keep your hands off Jamie Roberts *Silent scream*. 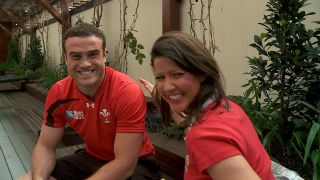 Who said Women Know Nothing About Rugby of the Year  - Anyone who thinks women have no place in rugby needs to read Carolyn Hitt's articles. Often funny, always informative and intelligent the build up to Wales international matches just isn't the same with out them.

Switcheroo of the Year - That ball at Wales-Ireland that a ball boy gave to Matthew Rees who promptly gave it to Mike Phillips who, checked his hair was ok and scuttled over for a winning try that should never have been.

Rugby Programme of the Year - Not a hell of a lot to choose from The School of Hard Knocks is an excellent programme and the best of Sky's rugby output so far. The BBC's coverage of the 6 Nations is always of the highest quality. The winner though is S4C's Jonathan. Manic, genuinely funny and worth watching with subtitles on if you don't speak Welsh. 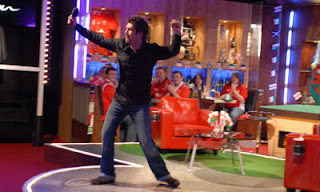 Bugger Me It's Cold Inside of Year - The Wales team undergoing cryotherapy in Poland. The chambers reached termperatures as low as -140c. That's even colder than Kelly Brooke's feeling toward Dan Cipriani.

Lazarus Award for Comebacks - Leinster's Heineken final against Northampton was a strong contender but Harlequins' comeback from the bloodgate scandal to lead the Premiership is to be commended more than any other.

Shambles of the Year - The RFU could easily have taken this award but it would take a whole new post to explain why. Instead, the recipient of this award is scrums. Never has the word shambles been more fitting to a sporting set piece. Some refs look bemused, the players don't look much better and fans are getting frustrated. The scrums are going down quicker than Katie Price at a football player's house. Something needs to be done soon.

And finally...Warrior of the Year - Richard Parks. Seven months to climb the highest peak in all seven continents and the three poles (Everest is the 3rd). "The 737  Challenge" saw him fight on through frost bite, fallen ice shelves, avelanches and a a few dangerous scrapes to complete the challenge in less than half the time anyone else in history to raise money for Marie Curie. 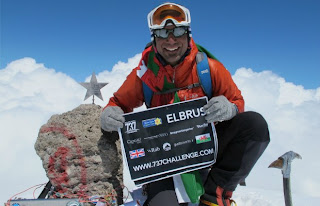 So, there we have it. The R'n'R Rugby Awards 2011. Feel free to debate them below or on Twitter (@GravProsser). Or suggest your own.
If you anything you want to ask me or an blog post you would like to see then email me at rnrrugby @ gmail.com.