If They Go, They Go!

If they go, they go. There is another Luke Charteris up the valley. Just go look for him, get him involved and give him chances and they'll perform. - Lyn Jones
Growing up, watching Wales we had a saying, "it's harder to get out of the Wales team than into it." It seemed that once a player had become a regular first team player he was there for life, no matter how many bad games he played or how hard emerging youngsters fought for that place.

We still suffer from it a little now. We panic about the quality of players we have of the fringes and so we pick the same old players.

It's a shame because if it's one thing this World Cup should have shown us it's that Wales do have strength in depth. Some of the best performers weren't even in the first XV a year before, Sam Warburton, George North, Rhys Priestland, Dan Lydiate, Toby Faletau and Luke Charteris.

For some time Welsh fans had panicked at the thought of Martyn Williams hanging up his boots. No openside seemed to have to ability to cut it at international level. Then, from nowhere, Warburton not only stake a claim for a place in the Wales team but to be close on the heels of the best 7s in the world. 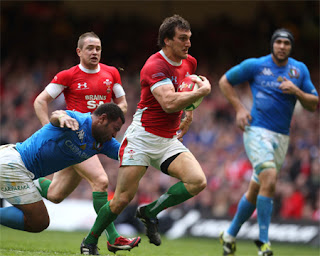 Shane Williams is the latest corcern on the international stage but at regional level this emergence of these youngsters has proven to be double edged sword. With James Hook, Lee Byrne and Mike Phillips already left Ospreys for France and Adam Jones the next 'O' to follow, Welsh fans are now in a panic.
Dragons' stars Charteris, Faletau and Aled Brew are rumoured to be on they way from the Newport based region with France their next port of call.
Blues are looking set to lose Gethin Jenkins, arguably the best prop in the Northern Hemisphere, possibly the world. The Scarlets are then fighting to keep their prized assests in the form of Priestland, North, Jonathan Davies and Scott Williams. This isn't the beginning of the end for Welsh rugby though.
On the international front, any player who has crossed the Channel has come back better than before they left. Gareth Thomas and Stephen Jones came back more mature, more professional and as fit as they had ever been. Should the players have contract clauses stating they can be released for international duty then it may work to Wales' advantage. 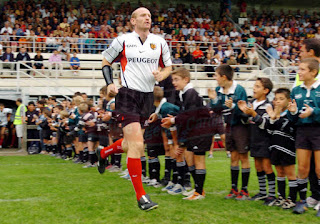 At a regional level, if there is one thing the Scarlets have shown it's that losing your "big names" doesn't mean losing your competitive edge. Having lost the likes of David Lyons and Reagan King, the Scarlets rebuilt a team with hungry, talented, young Turks who were more than capable. Many of those players are now in or around the international setup. With their "stars" the Scarlets slumped to defeat after terrible defeat in Europe. Now, they are competing in every game in Europe and came within minutes of the Celtic League play-offs.
The Blues "big signings" have have hardly been major successes so far. Dan Parks has hardly been the lynchpin they would have hoped but is Dan Carter compared to Sam Norton-Knight. 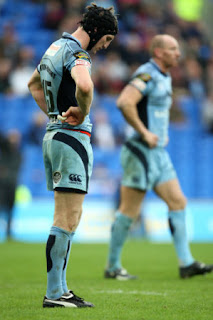 The WRU funds academies for all four regions and the players coming through are of an excellent quality, let's give more of them a chance and break this cycle of sticking with what we know and shake things up.
So, if we lose international players, instead of mourning the losses maybe we should celebrate the young talent waiting in the wings and the international players in the making.
Cymru am byth!
No comments:

Not a Dry Eye in the House

I was told I would never make it because I'm too short. Well, I'm still too short. It doesn't matter what your height is, it's what's in your heart. - Kirby Puckett
In a recent Telegraph article a solicitor is reported as stating in a tribunal that "Welshmen do not cry in front of people - unless they lose at rugby." This month though it wasn't the defeat to Australia that brought enough tears to break the levys of the Taff but rather the final farewell to one of their greatest sons, Shane Williams.

It's true that there isn't much that brings a Welshman to tears. Grand Slams, pubs running dry and catching your old boy in your flies.

However, when Little Shane faced the cameras, children in his arms, having crossed the line wearing the 3 feathers for the final time, there couldn't have been a dry eye in the Millennium Stadium. 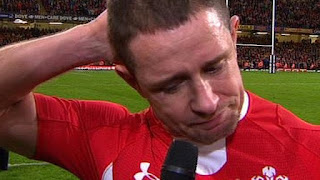 Wales was still in a state of mourning for it's other great number 11, Gary Speed, when the players lined up for a minutes silence in his honour. Then as the anthems were being belted out it was rugby's speedy 11 that broke hearts. Head dropped, tears flowing, it showed what Wales meant to Shane.

Shane means so much to Wales too though. From his debut against France in 2000 and his try scoring full debut a week later, Williams has out lasted "great redeemers" and many false prophets. In 11 years the Welsh wizard accumalated 87 caps and scored a Welsh record 58 tries.

It wasn't just Shane's try ratio that made him a hero though. It was the obstacles he over came, the man in a land of giants story, the nice guy attitude that isn't just a persona and the ability to entertain when he is on the rugby pitch.

Think of truly memorable Welsh rugby moments and it won't be long before Shane comes up. His performance against New Zealand in the 2003 World Cup when he wasn't even considered a first team player, his help in two Wales grand slams, two amazing tries against Bryan Habana and the most amazing late rally against Scotland in 2010 that handed Wales the most unlikely of victories. 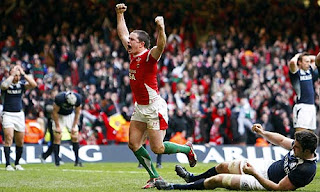 It was that spirit, that talent, that attitude that meant whenever Williams was on the field there was always a belief that Wales could achieve anything, could clutch victory from the jaws of any defeat.

Shane loved playing for Wales just as much as the fans enjoyed watching him.  With the professional Shane is unique and that's why on December 3rd there wasn't a dry eye in the house. In fact in almost any house in Wales.