This week I received an email from a colleague. It said "Let's start a campaign to STOP David Cameron putting the Welsh Flag up on 10 Downing Street on Saturday! He supported England and look what happened to those useless gits. (It's) Politically motivated I reckon. If we win he will say it was down to Tories supporting the Welsh." 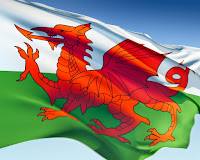 Now I'm not the biggest supporter of our reptile prime minister but I've had time to think about this and I've come to what I believe is a reasonable compromise.

Now that Cameron is a fully fledged Welsh rugby fan he should know that it takes more than a flag to prove it. Anyone in Cardiff on a match day (Which, being a huge Welsh rugby fan, Cameron obviously has been on a regular basis) will know that real Welsh fans dress the part too. 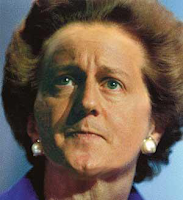 I propose that Cameron will be allowed to fly the dragon above 10 Downing Street but only if he also dresses as one of the charmingly nicknamed  "Slags in Flags". You know the ones I mean. Red stiletto's, glittery cowboy hat with a dragon on, denim mini skirt and a t-shirt with a filthy rugby related slogan like "Ruck Me Good" or "Enter from behind the back feet". Then add some orange make up and wrap in a flag for good measure.

If, and only if, Thatcher's love child turns up in the house of parliament dressed like that carrying nothing more than a bottle of WKD and dreams of being felt up by Mike Phillips then I will grant him permission to fly the flag above Downing Street.

Otherwise we will keep all our flags for pissed up Welsh girls from the Rhondda tottering around St Mary's Street and aren't just there for booze and blokes before they use the flag to wipe their lipstick slathered lips after spewing in Chippy Alley because THAT, Mr Cameron, is real national pride.

It isn't about what you know, some told me how much they love Toby Fatylau and I once sat behind a bloke in the stadium who shouted "kick it" for the full 80 minutes. Although to fair to him the IRB did a similar thing with the ELVs a few years ago.
Cameron needs to realise we aren't like England, in Wales rugby is a life style not a badge of honour and you're not a real fan until you've got drunk on cans of Carling in The Square with a midget you've never met before and a gang of confused All Blacks fans. Before you ask, yes, yes I did do that and unlike Mike Tindall I felt no urge to throw the little fella. While we are talking Tindall, motorboating is an acceptable pass time Mike but try to keep between you and the wife. You should be grateful you found one woman with a mug like that.
So, that's my glittery, dragon stetson firmly in the political ring.
Cymru am byth!